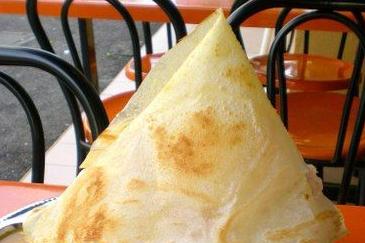 "Anne, Roti Tisu satu" You will hear this sentence when you are sitting at any Mamak stall. The sentence means "Sir, can I get a Tissue Bread please?"

Roti Tisu a.k.a Tissue bread or Roti Helicopter is a sweet thin version of the traditional Malay Roti Canai. Some say the size can be as thin as a piece of round-shaped tissue. It is made from the same dough used in making Roti Canai, but it is then stretched to a translucent membrane-film like thickness (hence, the name Tissue) before being placed on the pan to fry. The stretching requires skill and can only be done by experienced roti makers, thus you may find different sizes or versions of Roti Tissue in different Mamak stalls. 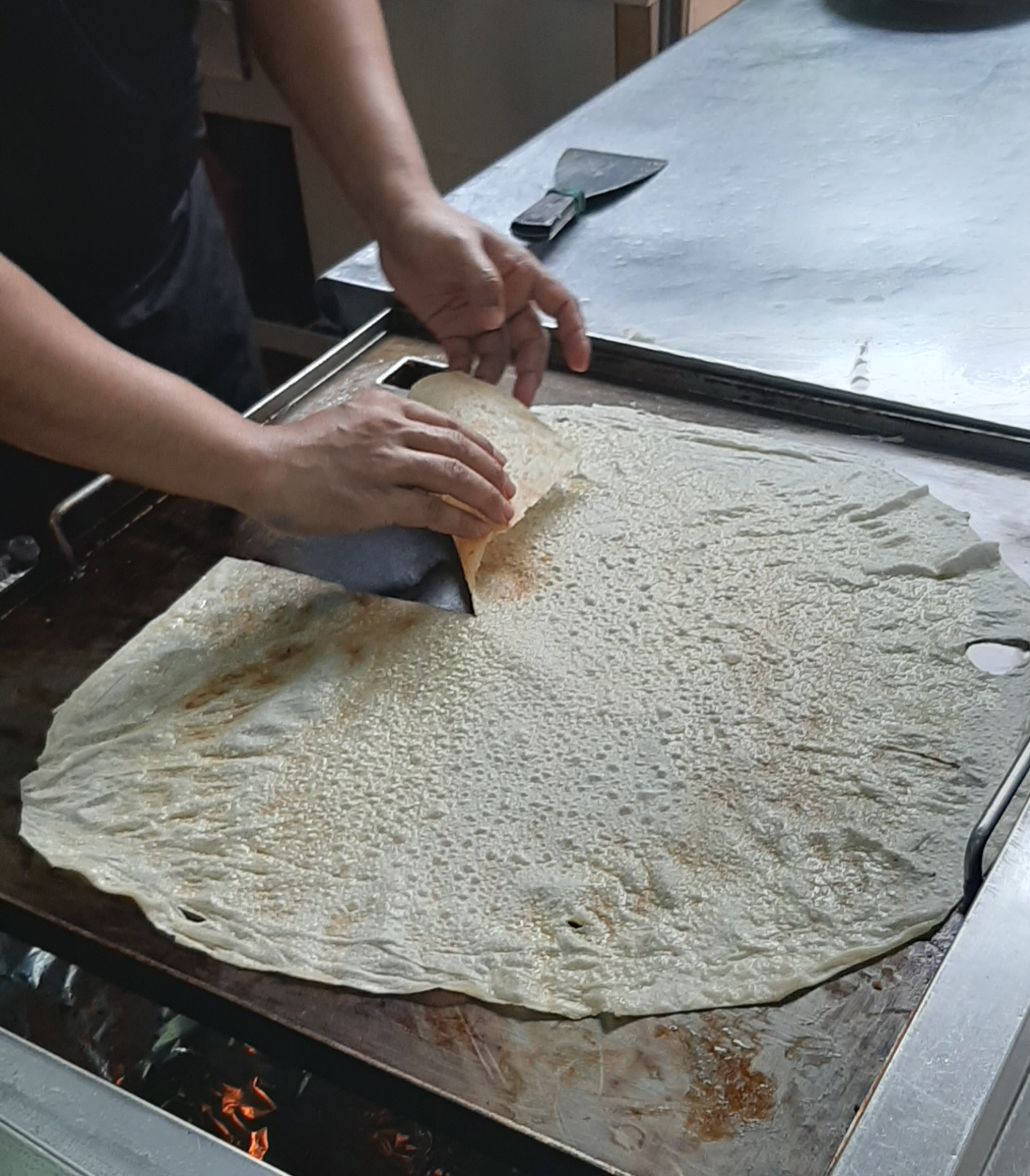 In general, Roti Tisu is served by wrapping it into a cone shape on the plate with curries or chutneys as the main dipping sauce. However, some may replace them with condensed milk, ice cream or chocolate for a sweet version.

When you visit Malaysia, Roti Tisu is a must try sensory experience - from the mesmerizing show as you watch the mamak nonchalantly flip your roti around in the air, to savouring the buttery taste and feeling the crisp thin roti crumble in your mouth… one would say it is a fully immersive experience. The popularity of Roti Tisu has spread to neighboring countries such as Singapore and Indonesia. A piece of Roti Tisu for the price starting from RM 3.50 (depending on the topping selection), you definitely do not want to miss out. 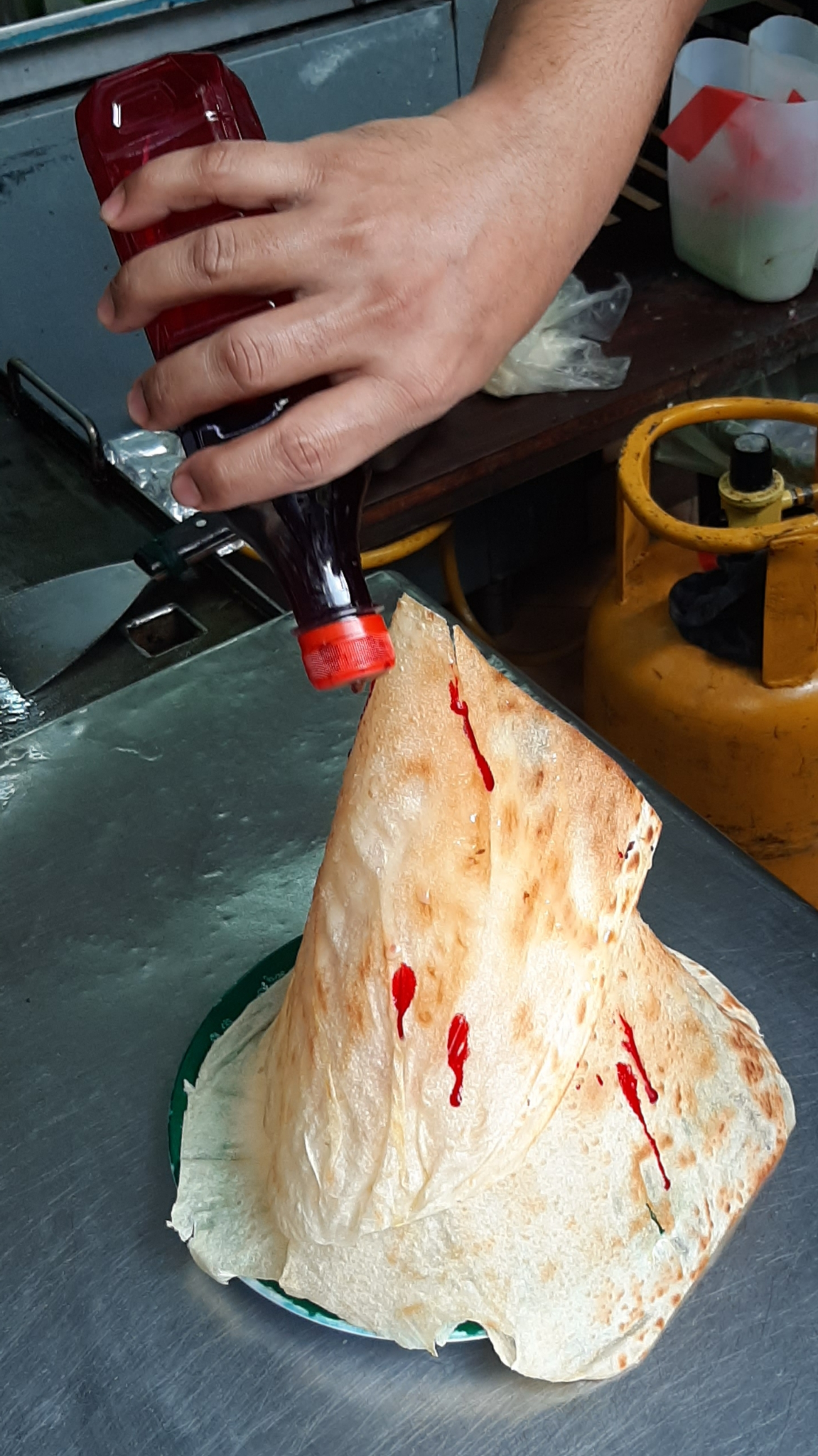 Where to get it?

Roti Tissues are available at all Mamak restaurants, the nearest being SB Corner, which is less than 5 minutes by foot and round the corner from InnB Park Hotel! Best news? They’re open 24 hours!