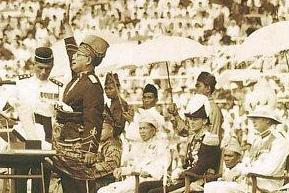 Hari Merdeka, or Malaysia's Independence Day, is celebrated every year on August 31. It's a colourful, festive time to be in Kuala Lumpur. It is the official independence day of Malaysia. It commemorates the Malayan Declaration of Independence of 31 August 1957, and is defined in Article 160 of the Constitution of Malaysia. The day is marked by official and unofficial ceremonies and observances. The Federation of Malaya (predecessor to Malaysia) gained independence from Britain in 1957.

Malaysians celebrate the historic event as a national holiday with parades, fireworks, excitement, and flag-waving cheer. Tourists enjoy getting to see the many groups in processions dressed in traditional garb to represent their ethnic backgrounds. Although Kuala Lumpur is the holiday's epicentre, there are smaller scale Hari Merdeka celebrations all over the country. Usually two weeks before Hari Merdeka, Special sporting events are arranged and stores promote sales with Hari Merdeka promotion.

Cities and smaller places (Georgetown in Penang are one of the prime example of the cities) throughout Malaysia have their own local celebrations for Hari Merdeka. However, Kuala Lumpur is undoubtedly the place to be, if you want to see the main event, squeeze into the crowd to watch the processions and fireworks. Hari Merdeka is observed enthusiastically every August 31 with a massive celebration and parade known as the Merdeka Parade. Lots of politicians and VIPs take their turns at the microphone on stage, then the fun begins. A royal procession, cultural performances, military demonstration, intricate floats, sporting events, and other interesting diversions fill the day.

From 2011 to 2017, the celebration was held at Merdeka Square (Dataran Merdeka), not far from the Perdana Lake Gardens and Chinatown in Kuala Lumpur. In 2018, the parade was moved to Putra Square, a square in Putrajaya just south of the city. If you are unsure, where the Merdeka Parade will be held, ask any local where to find the parade this year. Get there in the morning (taking a train is the best way) or you may not find room to stand.

Each Independence Day in Malaysia is given a logo and theme, usually a slogan that promotes ethnic unity. Malaysia has an eclectic mix of Malay, Indian, and Chinese citizens with different cultures, ideologies, and religions. Building a sense of national unity is a recurring theme on Hari Merdeka.

How to Say "Happy Independence Day" in Malay Language

Although most Malaysian speak English, knowing how to say simple Malay language is fun and will help you meet new friends during the holiday. The easiest way is to say "happy Independence Day" to locals is with: Selamat Hari Merdeka (sounds like: seh-lah-mat har-ee mer-day-kuh). They will appreciate and compliment you for your effort to talk in Malay Language.